The Ethos Crew: be the change you want to see. 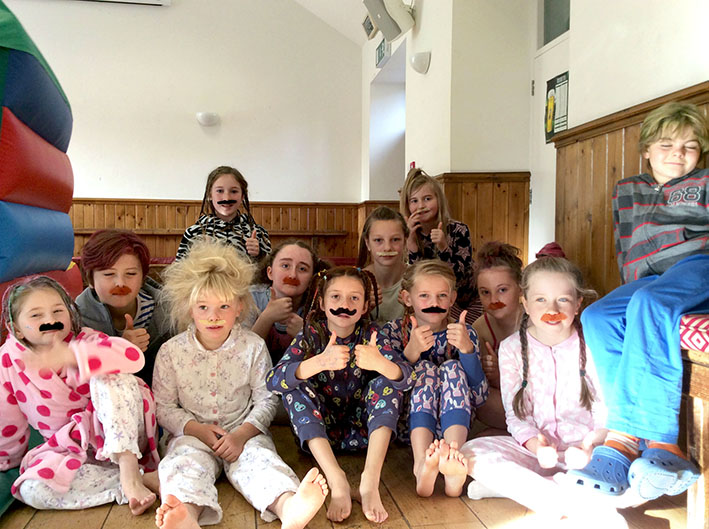 The Ethos Crew was formed in September 2015 and has two core aims:

The first is to keep our Christian Values at the core of the work we do. These values were chosen on the first school values day in 2013. Giving the Ethos Crew responsibility and ownership of the values ensures that they remain at the heart of everything. Scroll down to see how they do this.

What good is it, my brothers and sisters, if someone claims to have faith but has no deeds? Can such faith save them? Suppose a brother or a sister is without clothes and daily food. If one of you says to them, “Go in peace; keep warm and well fed,” but does nothing about their physical needs, what good is it? In the same way, faith by itself, if it is not accompanied by action, is dead.

The children felt the values are worthless if we do not demonstrate them. Children in years 5 and 6 are Ethos Leaders, whilst the younger members of the Oaks class are the Junior Ethos Crew. They also involve the Acorns whenever possible.

What have the Ethos Crew achieved so far?

Like most schools, we traditionally had a mufti day when children came in their own clothes, but the Ethos Crew decided to be more proactive this year. Through a link with official sponsors, Lloyds Banking Group, we were able to arrange a visit form Pudsey Bear. The children didn’t want the event on the Children in Need Friday - instead they chose to have it on a Thursday, the day the local toddler group meet so that the little children could meet Pudsey along with the school children.

The Ethos Leaders (years 5 and 6) organised a sponsored bounce where all children were sponsored to keep bouncing all day (between them). They organised sponsor forms and managed to haggle a free bouncy castle for the day from Hardys Soft Play, the Junior Ethos Crew (years 3 and 4) managed to purchase stick on moustaches (6 for ÂŁ1) and sold them for ÂŁ1 each as part of the “CASH 4 A TASH” campaign. The day was a huge success with crazy hair and PJs on (just for fun) - they managed to raise ÂŁ451 for a great cause.

Remembrance: more than just a name on a war memorial

Following Mrs Cooper’s collective worship for Remembrance Sunday, the Ethos Crew became interested in the names on the Grayrigg War Memorial. Vicar Nigel had already planned a Church/School collective worship for Armistice Day but the children wanted some input into this. They designed a large poppy for each person on the war memorial: writing their name and where they were from in the centre of the poppy, one of three chosen quotes on the leaf, and around the petals they wrote all the things that person might have been to other people e.g. a father, a son, a friend.

They listened to friend of the school, Tony Womack, as he spoke of his memories from his time in the Navy. The children then read the names of everyone from the parish of Grayrigg who fought in the Great War: those who returned; those who were injured and finally those who died - placing the poppies for those who died at the alter. Following the service, one of the Ethos Leaders stayed after school to set up a remembrance reflection area in school, using the poppies and poems from the service.