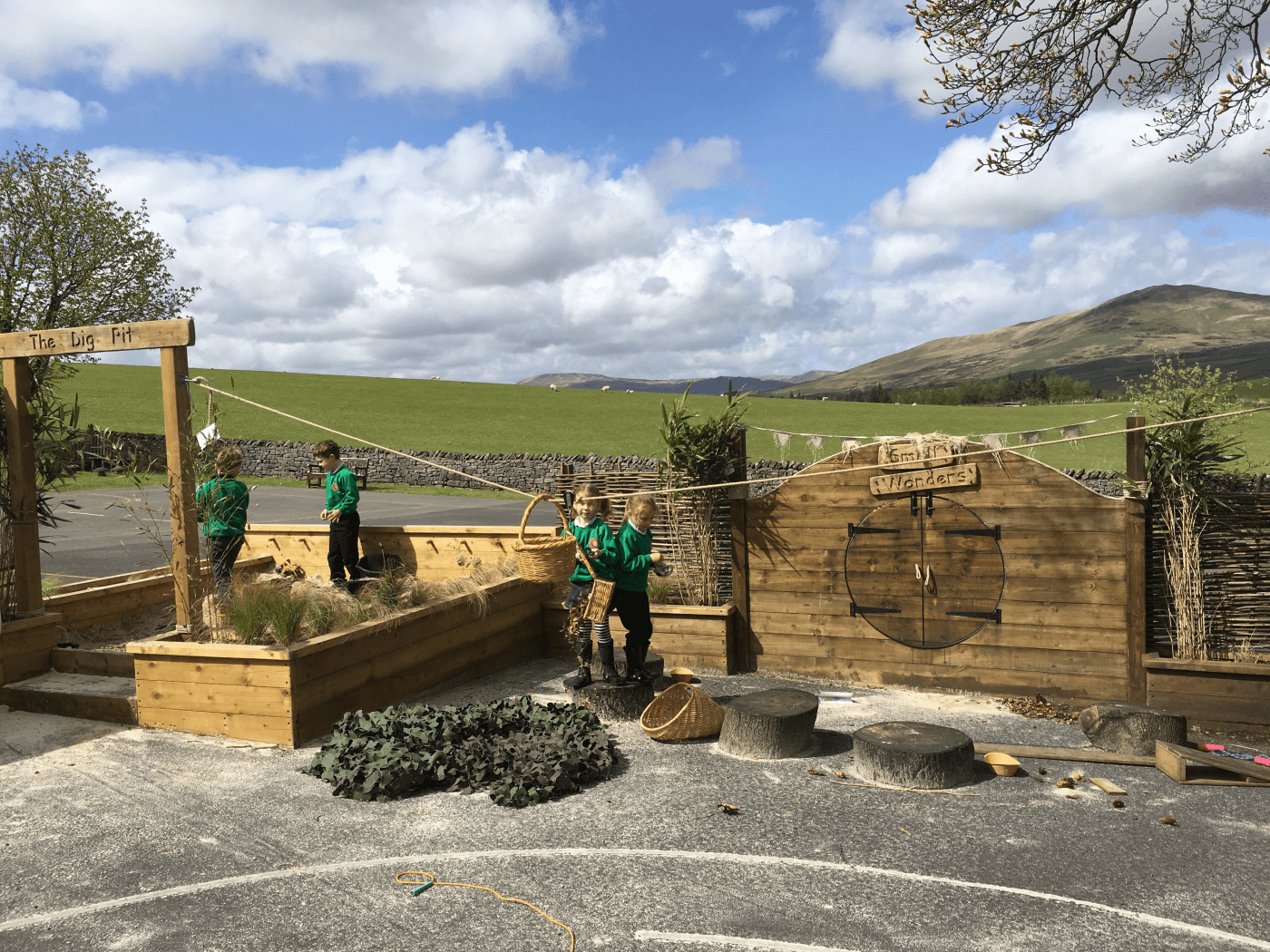 At last the sun is slowly sneaking out and the Acorns took full advantage of this on Tuesday. As a head, I spend some time monitoring the quality of teaching in our little school. One way I do this is popping into the classrooms on my heads office day. I say that I’m monitoring, but to be honest I can’t manage a full day working in the office without the odd visit to the classrooms. On Tuesday I walked in to the acorns classroom to find it was empty. This was no surprise, the children were all outside so I wandered out into the outdoor area where the children were all busy beavering away.

Mrs Neal however, was sitting on a small pile of pallets, wearing her sunglasses and a huge smile on her face - enjoying the sun - she really wouldn’t have looked out of place on a yacht in the south of France! Of course she wasn’t just enjoying the sun. The sun glasses she wore were because of the sun, but the smile she wore was a result of the engaged children, developing their own learning outside. It would have been a crime not to join her outside in the sun, so I stopped for a while and watched.

Mrs Neal explained that the children had read the story “the light house keeper’s lunch” and had thoroughly enjoyed it. They had spent the first part of the afternoon making sandwiches that seagulls wouldn’t steal, my personal favourite was lemon curd, cucumber, bacon and banana - delicious. The children then chose to take their learning outside.

Every single child was completely engaged.

I’d rarely share my observations of another teacher, but there was so much learning going on in that short time I was outside that I was blown away. It’s one of the things I love most about our little school - it’s so easy to spot if a child is not fully engaged and make sure they find a way to engage in great learning experiences.

So was Mrs Neal enjoying the sun? Yes of course she was, but not as much as she enjoyed observing the independent learning that came from the children being inspired by a book, their environment, the things we fill the environment with and their own imaginations.

And in all fairness to the acorns’ teachers, they would still be out there in wellies and waterproofs if it was pouring down - but they wouldn’t look quite as glamorous as Mrs Neal did on Tuesday!