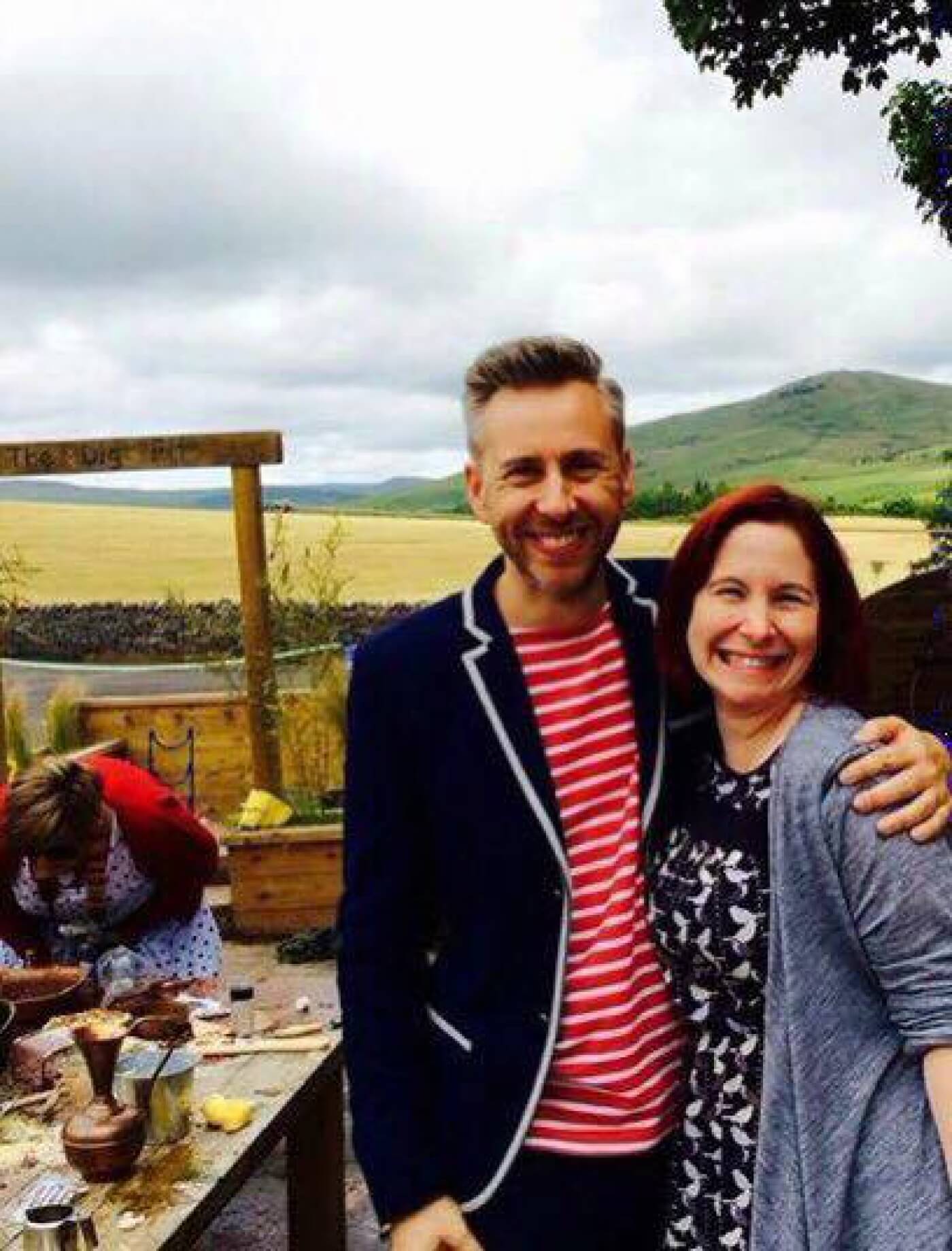 In July we were joined by Alistair Bryce Clegg and his lovely wife Fiona. For those of you who don’t know, Alistair is an Early Years guru. My book shelf contains every one of his books and this year both Mrs Neal and myself have had the pleasure of attending his conferences. His pedagogy and practice in the Early Years is amazing and his work inspires me and many others (9, 370 twitter followers and numerous Facebook friends). I’m sure every single Early Years bookshelf contains at least one of his books. Even though he has never visited Grayrigg his work has had a massive impact on our school and has played a huge part in securing the rapid improvements in the Early Years.

It was quite a while ago, that Alistair suggested he would like to visit Grayrigg, just for fun! Initially I was excited; I planned not to tell the staff but was far too excited (and had to make sure they were all in on the day of the BIG visit). The visit was planned in November when the idea of opening the nursery was nothing more than a twinkle in my eye. When we decided to open the nursery, I spent a lot of time reading Early Years books (many by Alistair) and following his blog - the more I read, the more my excitement about his visit grew. Not to mention feeling incredibly flattered that he would choose to come to Grayrigg - amazing!

By the time the Summer term arrived, everything felt really positive, the new floors were in , we had extended the Acorns indoor space to include the old hall area, some lovely new resources were purchased - the nursery looks to be a success - everything was positive. Then I did that thing I do when everything is going wellâ€¦

I began to think too much, I began to worry and it hit me. One of the people that inspires me, was coming to the school: What if he hated it? What if he thought it was a huge disappointment? What if he came and then made an excuse to leave after 10 minutes? I started to find faults and work out how to justify them and had a rather sleepless night. Of course all my worrying was complete unnecessary.

Both Alistair and Fiona arrived in the morning. I was the world’s worst host, I didn’t even offer them a tea or coffee as I was too excited to show them round. I wanted to show them every part of my school, introduce them to every member of my amazing team and most importantly I wanted them to meet the wonderful children. It was a lovely day and it will be no surprise to most of you that the children in the Acorns were all outside when I showed the special visitors around. I took them out to see a group completely engrossed in the texture kitchen and a smaller group hard at work in the sand pit.

Of course it’s impossible not to be blown away by the view and natural beauty of our setting and our gorgeous outdoor area, however, it was so wonderful to stand there with two people who are equally as excited about children’s learning as my team, but I was surprised at how relaxed I felt.

For a start Alistair may be a published author, he may have travelled all over the world delivering his conferences, but he’s a down to earth bloke who is incredibly passionate about Early Years - there is nothing more exciting than talking to someone like Alistair about the amazing thing that go on in Early Years, about the exciting things you can do to provoke learning to stimulate their natural curiosity. The other reason I was able to relax was because it made me have one of those stand back and say “wow” moments. I’ve been so engrossed in developing the nursery and making sure it works within the Acorns setting that I haven’t stepped back for a while.

It was a moment in the sand pit and a shoe full of water that caused me to literally shiver with joy. A moment I felt proud to share with Alistair. At first glance the two boys playing were building a huge mound of sand, they were both engaged in something much more intricate, they had built a huge mound of sand and used guttering to create a tunnel through it, they had attached more than one piece of guttering to change the direction of the water and create a pouring hole, they had then built a river into a lake out of the other side and they then made tributaries off the river and created damns to change the direction of the water, unfortunately I stood on one of the damns which was what led to the my shoe filling with water. Over lunch time this piece of amazing engineering was further developed with Oaks children joining in. From 4- 10 years old, children joined in and all of them were extending themselves, stretching their learning at their own level. This was real learning regardless of age, gender or who normally plays with who; these children were all completely engaged in high level thinking.

It is still a little overwhelming to have been able to share my setting with someone whose work inspires me. My strengths as a leader and the strengths of my school come from being inspired by others. I think it is one of the most important things to know as a leader - who to follow and who not to follow. I truly hope Alistair could see his own work in action in our setting.

When Alistair and Fee left, I flopped in the staffroom with Mrs Neal a cup of tea and piece of Mrs Dodgson’s delicious chocolate cake, content that we had thoroughly enjoyed the visit but confident that our lovely visitors had enjoyed it too because our little school really is a special little place.

You can read more about Alistair’s visit here ABC DOES